On our first day in Quito, Ecuador, we decided to go to the Mitad Del Mundo (equator) museum, 20 km north of the city. While talking with another woman at our hostel, she said “Well, you know you have to go to the real equator, not the fake one.” As it turns out, three French scientists (Louis Godin, Pierre Bouguer and Charles Marie de La Condamine) first calculated the equatorial line in 1736. A monument was built there, and there is a very famous museum. Unfortunately, their measurements were inaccurate (but pretty good for 1736!). In the late 1900s, the line was calculated with military GPS, and it showed to be about 300 m from the original line. So of course, another museum was built on the “new” line, called the Itinan Solar Museum. That’s the one we decided to visit. Two bus rides, $1.35 for the whole family, and a couple of hours later, we were there.

The museum was cute: it was all outside, with traditional artwork and sculptures. You could tell that an artist was involved in the making of it. We had a guide to show us around to the different parts. 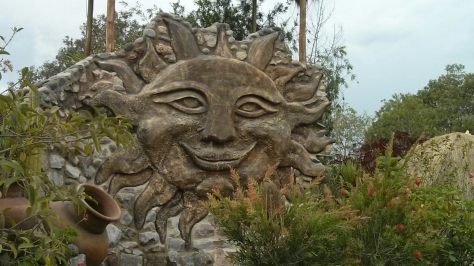 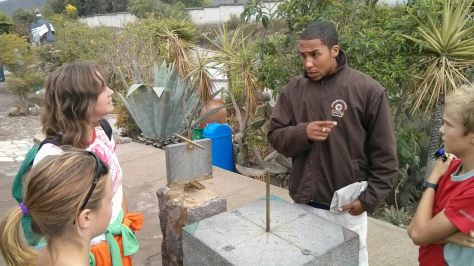 The beginning was about the aboriginal culture, we got to go inside two traditional huts (houses for four families) and saw graphics of how shrunken heads are made. The picture speaks for itself.

In the next part of the tour, our guide showed us science experiments and phenomena of the equator. My personal favorite was the water basin: we got to see how in the northern hemisphere, draining water goes down counter-clockwise, and in the southern hemisphere, it goes clockwise. When he put the basin directly over the line, the two forces canceled each other out and the water drained down straight. Really mind blowing! Thinking back, the guide did push the water a little bit… could that have exaggerated the movement of the water? Decide for yourself: watch the videos on YouTube
http://youtu.be/0p02wZcPLcg (Northern hemisphere)
http://youtu.be/l_8SE5wF05w (Southern hemisphere)
http://youtu.be/IMndm548mu8 (directly over the equator)
We also got to try balancing an egg on a nail. Apparently, one out of ten people are successful because it is easier on the equator. I’m not sure what the difference is… but one guy in our group did manage to balance the egg.

We also tried to walk in a straight line on the equator with our eyes closed. It is supposed to be harder than usual because you are being pulled in two directions by coriolis forces… It definitely was hard… but, I’m not sure how much more difficult it is than anywhere else, I mean, walking in a straight line with your eyes closed is generally a hard thing to do. But I definitely did feel those forces pulling me in two directions! 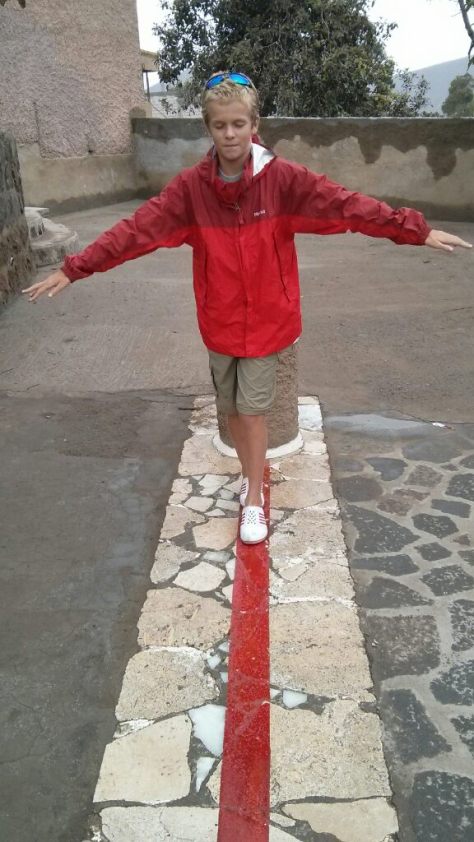 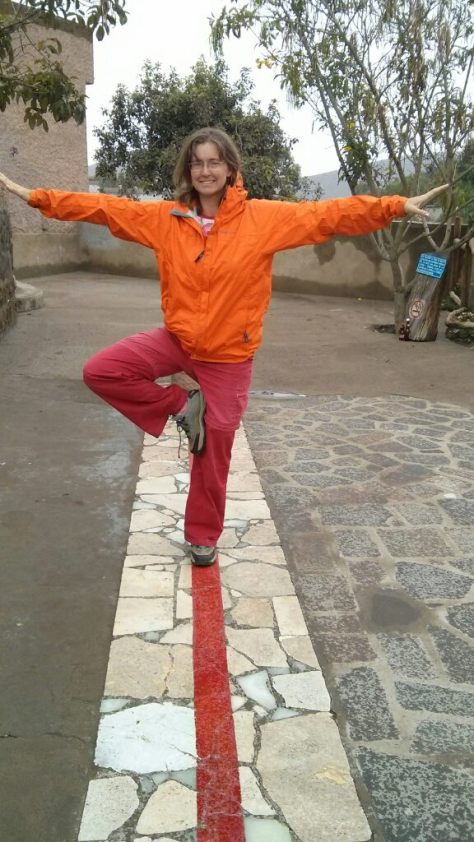 We also had to take those cliche pictures…

The museum was really cool, although I’m not sure how much those experiments were manipulated. After, we got the GPS app on my phone, and the “equator” didn’t show 0deg 0′ 0″, so my dad decided to go find it. He said that it was in the middle of the busy street. Somehow he still managed to get that screenshot…

So, who knows if the experiments were manipulated a bit, but it was a cool place, and we are really glad we went.

2 thoughts on “Mitad del Mundo: The Middle of the World”